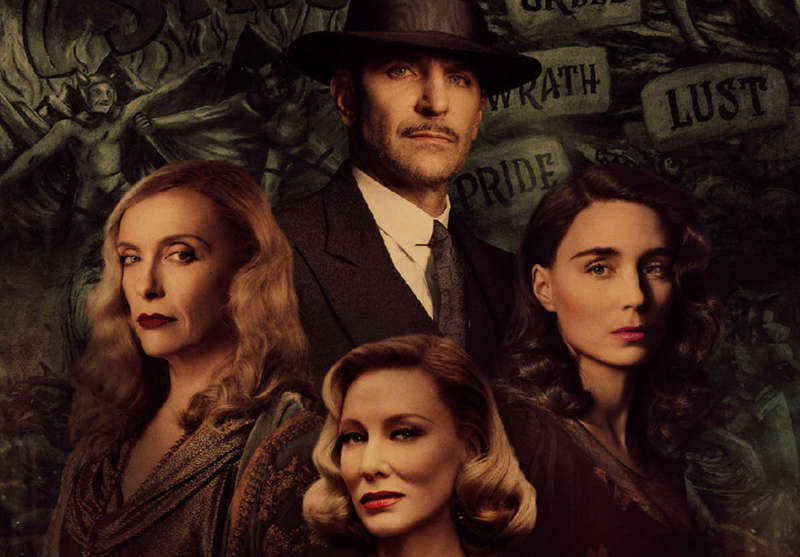 Bradley Cooper will likely earn his fifth Oscar nomination for acting for #NightmareAlley.

There are two movies within #NightmareAlley. One makes Bradley Cooper a long overdue Oscar winner. The other puts another statue on the shelf of visionary director Guillermo del Toro. Could be one, none or neither for the Academy. At minimum, production design race ended tonight. pic.twitter.com/Eb0O7tKnM4

Nightmare Alley is all round brilliance. guillermo del toro has made an unbelievably beautiful and incredible film. The production design is breathtaking. The performances are a spectacle with Bradley Cooper delivering one of the best of the year.

I was very unimpressed with NIGHTMARE ALLEY. I don’t think so murky I can’t see actors’ faces — there’s a moment where I had to squint to see a black tap dancer — is noir. Dark shows, yes. Indistinguishable, no. It was too long, and Bradley Cooper didn’t do anything for me. pic.twitter.com/Ivg0QxSdvD

Guillermo del Toro’s #NightmareAlley is haunting & seductive in the way it draws you into its story about a man lost in his own long con. Steadily unsettling & wildly gripping by the end - the scenes between Bradley Cooper & Cate Blanchett are fantastic. Deliciously old fashioned pic.twitter.com/pcyYSGZX3U

#NightmareAlley is nice and dark and moody and twisty and Bradley Cooper is really good as a hustler who kisses half the cast while Cate Blanchett steals it as always but the real MVPs are Buffalo’s classic architecture, the steady snowfall, and its stunning production design.

Appropriate that Cate Blanchett looms over this crowd because she looms large in NIGHTMARE ALLEY itself, treating the film’s eye popping production design like it was all custom made for her femme fatale to slink on. She’ll slink on couches, on desks, on walls, on B Coop, on air

Not to be a geek about it, but I was certainly entranced by Nightmare Alley. Easy to grow drunk on the lush period aesthetic alone and not a weak link to be found in the entire ensemble. The first chunk of the story was particularly in tents.

NIGHTMARE ALLEY: What starts off as a confounding, skips-several-beats thing turns into Del Toro’s most beguiling English-language film. The trick: When Cate Blanchett enters the picture. (Warning: My TIFF crowd only politely applauded, and this hometown crowd usually goes nuts.)

#NightmareAlley is stunning. A beguiling slow burn that lands a breathtaking sucker punch of a third act. The ensemble cast turn in awards worthy powerhouse performances. The flawless cinematography and del Toro’s direction combined delivery up a rich and intoxicating treasure. pic.twitter.com/0RTzNWBBRi 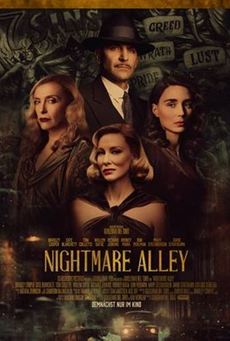 Ein Horrordate: Seht den Trailer zu „Those Who Walk Away“