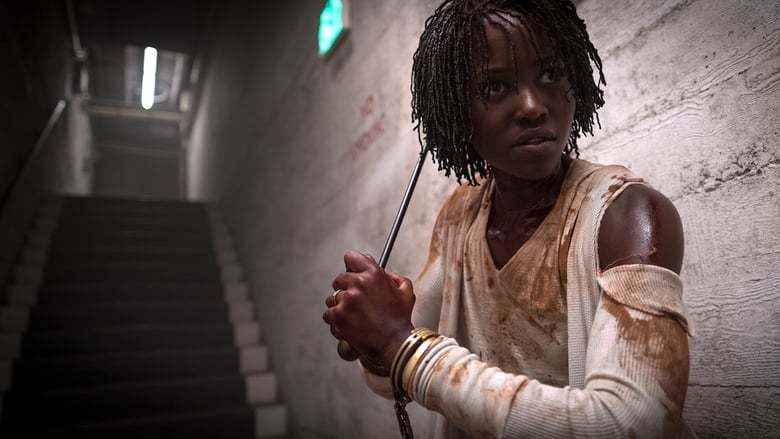 Jordan Peele's "Us" is a horror masterpiece. We are witnessing the birth of our modern day Hitchcock. 20 years from now we will ask one another what our favorite Peele film is & you will get 10/12 different answers. Incredible performance from Lupita Nyong'o! #UsMovie #UsFirst pic.twitter.com/vvHunYqSxd

US (2019): It's tempting to frame #UsMovie as a feature-length episode of THE TWILIGHT ZONE - it is, at times, more concept than characters - but that does no justice to how effective and entertaining the film is throughout. Those home invasion sequences are absolute all-timers. pic.twitter.com/19jsq858jT

#SXSW: @JordanPeele’s #USmovie frays your nerves with exacting precision, ambitious original ideas, and moments that will traumatize (in... the best way, as great genre films do?) a whole generation of youngs who sneak in to see it. ✂️ Also: Lupita. Is. INCREDIBLE. pic.twitter.com/bdM5EwI0bW

Jordan Peele did something amazing. #UsMovie is another film you have to see multiple times. Like what the hell. Can’t wait until it’s in theaters March 22! #UsFirst pic.twitter.com/kln8Cd1AY0

#UsMovie is a super thrilling follow up for Jordan Peele. There are so many puzzle pieces to put together along the way. And of course Lupita Nyong’o is an acting force. You haven’t seen anything quite like this. #sxsw pic.twitter.com/cKafg6lyPj

I will not for a minute claim any real understanding of what I just watched but it was comfortably a top ten lifetime movie going experience. #USmovie

#USMovie is @JordanPeele’s definitive love letter to the Horror genre. The lovable family, the terrifying slashers, the spine-tingling score, the buckets of blood, and most importantly a hell of an experience that will put a permanent grin on your terrified face. ✂️ pic.twitter.com/MaBQgllqW5

#US #UsMovie is terrifying, bizarre, and creepy as hell.
It has a bit of Michael Haneke’s “Funny Games” vibe to it but @JordanPeele @UsMovie is on a whole other level of bonkers.#SXSW2019 #SXSW #SXSW19 pic.twitter.com/uzRUmnFPlv

#Usmovie HOLY SHIT, what a horrific, messed up, f***** insane and overall AMAZING. @JordanPeele has done it again with another AMAZING horror story, every performance is outstanding. I cannot wait to see what Peele does next HOLY SHIT #SXSW⁠ ⁠#SXSW19 pic.twitter.com/uPJ49epZHt

Us is real good. It’s unfair to compare it to Peele’s first film, but it does share the same sense of smarts, attention to character work and combining scary stuff with humor. I will say it does make me look forward to his Twilight Zone even more than I was before.

~@UsMovie is multi-layered, the same way that @GetOutMovie is. That’s the brilliance of @JordanPeele. Even thought I normally hate horror films, I can’t wait to see #UsMovie multiple times to catch all of the references and Easter eggs I missed tonight. #UsFirst #WatchYourself pic.twitter.com/Qw8gUG4MUZ

What. The. F$%!. #UsMovie proves #JordanPeele is a master of suspense and horror. Seriously intense film. Prepare yourselves! pic.twitter.com/TuPx0IMNSV

So #UsMovie , is a good time. REALLY. Winston Duke is fantastic, and assumes Peele's humor well. Lupita is a carnal whirlwind. Shades of Jaws, Stepford Wives, the Shinning. Could have been shorter and maybe tries too hard to be a statement, like GET OUT. But def. a win. #SXSW 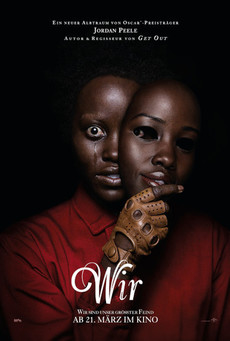